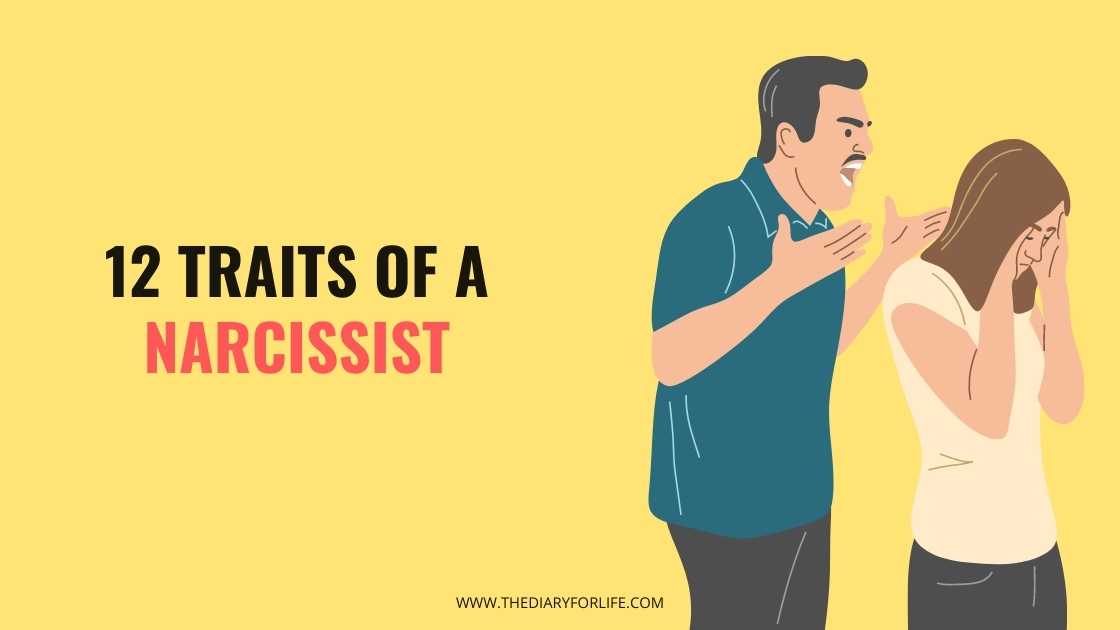 ‘Look what you made me do! ‘You need to address your trust issues’; ‘It’s your problem, not mine; ‘It’s a shame because everyone else agrees with me and you don’t’; ‘My job is more important than yours.’

How often have you come across statements like these from people you know that make you feel like you’re the only crazy egg in the basket?

How often have you connected with people that made you consistently feel like you’re always at fault and you’re always responsible for things going wrong or the misconduct of people in your immediate social / professional / personal environment?

Simply put, these are people that suffer from exemplary levels of Narcissistic Personality Disorder and are in immediate need of therapy.

Narcissism as a behavioural trait often goes unrecognized till interpersonal relationships are damaged beyond repair.

Victims of narcissistic abuse are left in the folds of confusion, anxiety, depression and self-doubt that literally affects each and every aspect of their lives, pushing them, very gradually, towards an unending negative spiral.

Save yourself from the trauma.

Here are 12 traits of a narcissist that will help you identify a clinical narcissist from miles away and set boundaries before getting trapped in their web of lies.

‘I may have been the worst that I could be, but I feel that I could do better if I had better friends that understood my feelings and wouldn’t judge me so harshly for wearing white for my friend’s wedding. If I look better than the bride, it’s not my fault.

Glaring obsession with ‘I’ and complete disregard towards the feelings of others is the first trait of clinical Narcissism. It may take a few conversations on a few different occasions to spot this behavioural red flag.

If you take careful note, though, it’s not as much about the number of ‘I’s and ‘Me’s in the conversation as it is about their impression that the Universe revolves around them.

‘My Way Or The Highway. Narcissists are perfectionists, self-proclaimed, though. They believe their plans and decisions are impervious to errors, therefore, making it mandatory for everyone to toe their leadership.

No one has a say in the execution of the plans either because all that narcissistic leaders need, whether on battlefields, politics, the corporate world or in businesses, is a bunch of yes-men that would follow their orders, no questions asked.

They leave very little room for creativity, imagination and growth, making it literally impossible to work with them.

This is perhaps the weirdest of all traits among narcissists. They are found judging others for things they themselves are often found guilty of doing.

For example, it is alright for them to get mad at you for making them wait a few extra minutes on a certain occasion, but when they do the same to you or anyone for that matter, it is perfectly forgivable.

Narcissists are aware of their character defects but choose to be blind to them. As long as no one finds out, they get to retain their invisible crown of glory.

However, they leave no stone unturned to point out the same defects in others, often magnifying the faults beyond proportion.

Close Example: Randall Boggs, Monster’s Inc. and Monster’s University (not a close example, but fits. Do you have a character that fits better? Do let us know)

Incessant Need For Approval And Admiration

‘Mirror Mirror On The Wall; Who’s The Fairest Of Us All?’

Narcissists need constant admiration and approval from others to feed their confidence rather than ego.

And no amount of admiration and praise is ever enough. Those that have survived narcissistic abuse are aware of how tiresome and exhausting it could get after a while.

When narcissists don’t receive a constant inflow of praise and admiration, they act out, often in psychotic ways, to get the attention they seek; and it is seldom a stand-alone occurrence.

Close Example: Queen Grimhilde, aka the Evil Queen, Snow White And The 7 Dwarves

The unchained desire for victory with a heavily chained conscience characterises narcissists. No one, just no one, can be better at them at anything.

Therefore, they can be seen stepping on other people’s necks, literally remorselessly, to achieve what they wish to achieve.

Often diagnosed with clinical competitiveness and paper-thin moral fibre, narcissists find themselves constantly struggling to gain and retain the trust of those around them.

No Real Effort Or Respect For Relationships

To a narcissist, relationships are but opportunities to establish and impose superiority. Survivors of narcissistic abuse over the years have clearly expressed in many interviews that the former don’t put in any real effort in any relationship whatsoever.

However, they expect that you do. They are mentally / emotionally unavailable and are ever ready to accuse you for being attention-seeking or clingy or both if you point out this relationship’s red flag.

They do, however, contribute very superficially in retaining people back in their lives when the latter is convinced that they should move on for the sake of protecting their mental health.

Certified narcissists carry their passive-aggressive arsenal of sugar-coated acid with pride. Bitter sarcasm, backhanded compliments, silent treatments, deliberate procrastination, and putting things off as a gesture to punish the one they’re angry with are a few examples to speak of.

A complete lack of interest in addressing issues directly is a sign of Narcissism. It can be said that their brain is not wired to ‘solve the problem’ but ‘to punish those instead, that they believe are responsible for the problem.’

Passive aggressiveness may be apt in some situations in life, but it can be seriously detrimental to interpersonal relationships when it becomes a behavioural staple.

Guilt-tripping, goal-shifting, love-bombing, triangulation, isolating, devaluing, gaslighting, you name it, and narcissists have it all in their arsenal.

They use these manipulative techniques ‘knowingly,’ to achieve their interests, whether justified or otherwise.

What do they gain out of obsessive manipulation?

Applauding the achievements of your friends, family and close ones is delightful.

However, when you are made to feel obligated to give standing ovations to the feat over and over again, and every time, with new input to the success story, it’s a confirmed trait of Narcissism.

Narcissists exaggerate their achievements and go to any lengths to draw the attention of others towards them, even if it requires newer inputs that may not be entirely true. And, it’s obvious why they do it, unabashed.

Close Example: Almost all colleagues vying for that prized promotion

People with Narcissistic Personality Disorder (NPD) are extremely sensitive to criticism. They perceive criticism as a threat and, therefore, always keep their guard up against it.

There is nothing called ‘constructive criticism’ in their dictionary, and they are seen to take offence very easily if anyone has a different take on matters at hand.

There is no good way or bad way to help an individual with NPD to understand and work on obvious flaws, even those that can potentially damage their personal, social and professional persona.

Of all things potentially positive that individuals with NPD contribute to their immediate environment, empathy is not one.

In fact, it is one of those red flags that go on to axe relationships beyond repair.

Narcissists say and do things that they know will hurt you, whether or not you deserve to be on the receiving end of their actions.

They fuel their misconduct with more toxicity when they are convinced that, at the end of the day, they’ll be forgiven.

Behaviourists and psychologists, over the years, have inferred after conducting numerous types of research that clinical narcissists lack both cognitive and affective empathy.

They are simply oblivious to how others would feel, think or be affected by their actions.

It’s typical of narcissists to play the victim card. Somehow, their misconduct is not their responsibility.

In fact, they try to project the cause behind their uncouth behaviour onto others, who are left confused, anxious and frustrated.

Why do they do this? Narcissists are chained to an inflated ego that needs to stay undamaged at all times.

They thus use the victim card to get validation from sympathisers, create confusion about who’s actually at fault or prevent break-ups etc.

Have You Been A Victim Of Narcissism? Here’s Your Roadmap to Heal

Did You Know, as a personality trait, Narcissism can be classified into 5 distinct categories; Overt, Covert, Antagonistic, Communal and Malignant.

Effects of Narcissism on a Narcissist

There may be a million reasons why narcissists behave the way they do, and some may be worthy of genuine sympathy. But, at the end of the day, being clinically self-centred has its consequences.

People diagnosed with Narcissistic Personality Disorder (NPD) are unaware of the feeling of inner peace and contentment.

They are in a constant battle with themselves to prove their worth to the world. They create and struggle to live up to some superficial cooked-up standard that is way too difficult to attain in real life.

They wear themselves out eventually and find themselves interpersonally alienated with broken marriages, professional stagnation, substance abuse (possible) and loneliness.

We’re living in a ruthlessly judgemental world that is mindlessly classified into ‘strictly positive’ and ‘strictly negative’ in terms of thought patterns, behaviour and actions.

Anything that doesn’t seem to match the social-media standards of ‘positivity’ gets brutally called out, labelled and shamed.

Sometimes, the truth is far from what’s visible to the naked eye. Therefore, if you come across a person that exhibits passive-aggressive traits, think twice before labelling them as a narcissist.

Similarly, just because a certain someone may have acted out on a certain occasion does not make them attention-seeking narcissists.

Consistency in these behavioural traits for years together can be reflective of narcissism.

If you come to think of it, there is a tiny little narcissist in all of us. Think deep and think true have we not, at some point in time, displayed one, two or a few of these traits, even if it was a one-time event?

Humans are not robots. Therefore, humans cannot be programmed to be perfect and positive all the time. So, before lifting pitchforks to brand, ridicule and correct a narcissist, remember, obsessive-compulsive judgement, labelling and fault-finding are signs of narcissism too.

If you really wish to help someone overcome NPD, be direct and introduce them to your boundaries. Remember to be kind. You don’t have to be a narcissist to put a narcissist in place.

Also read: How To Be The Man In A Relationship?